Which are the best viewpoints in Barcelona?

The best spots in Barcelona for breathtaking views

Barcelona isn’t just about partying. When you want to explore some hidden spots in the city we recommend you to consider some of the best viewpoints in Barcelona. These views will take your breath away. Here are the best spots. 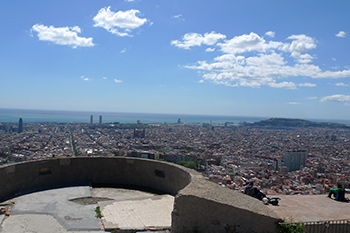 The most unique of our list of the best viewpoints in Barcelona. This hilltop also known as the “bunker” was built as an air defense battery during the Spanish Civil War. Later became the center point of the shanty towns phenomenon which blossomed during the dictatorship years. Nowadays is part of the History Museum of Barcelona. With stunning 360 degrees view, it has been a long kept secret by the neighbors and arguably the best view over Barcelona. Marià Labèrnia s/n, Horta-Guinardó. 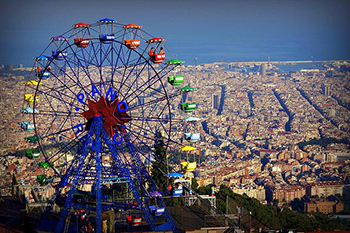 The highest peak surrounding Barcelona is a great half day trip within the city and it’s one of the best viewpoints in Barcelona. A 19th century tram leads to Mirablau, which is the base of the hill and a perfect excuse for a coffee break with a view. To continue the way up, the mountain funicular heads to the Church of the Sacred Heart of Jesus, the top of the hill. Inside the church, the elevators and stairs point out the way to Barcelona’s ultimate viewpoint. The pinnacle offers striking 360 degree views over the city, the coastline, the Serra de Collserola and the amusement park right next to the church. 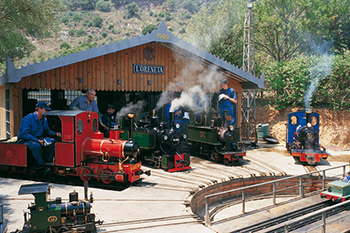 A small forest within the city and locals favorite family getaway. This beautiful park offers special entertainment for the kids, such as the pony park and the train ride. Within the park a barbeque restaurant offers a meal with a view. A little tricky to find, but worth the effort for families anywhere near the Pedralbes Monastery. 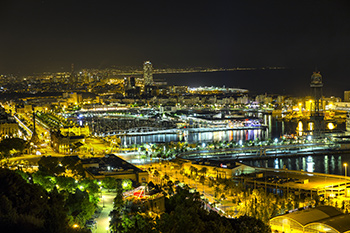 Most certainly included in every  Barcelona best viewpoints list. Up close look over the marina and the cruise ship port, perfect for night views. Near the Joan Miró Foundation, this is the spot to take the famous cable car over the Old Port to the Barceloneta beach and the other way around. A few of bars offer great views for a toast. 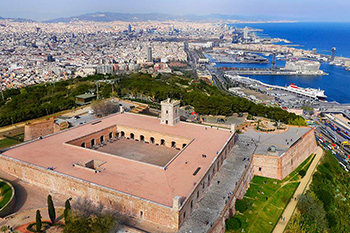 A former castle turned into a fortress in the mid-18th century, after Barcelona surrendered at the culmination of the Spanish Succession War. Throughout history, it has been used as an instrument of oppression and today hosts many cultural events like the summertime open air cinema club. This viewpoint provides not only all-around views, but also an opportunity to wander around this historical site. Entrance fee requested. 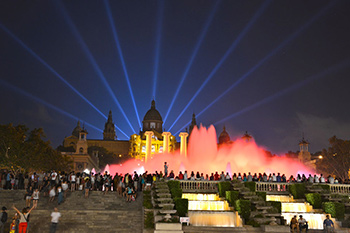 The top of the monumental area built for the 1929 Universal Exhibition. Just a short walk from Plaça de Espanya, the view point is accessible by the use of mechanical escalators and provides privileged views over the city and the Magic Fountain show (evenings, schedules depend on season). The museum displays a vast collection of Catalan art, from the middle ages until today. 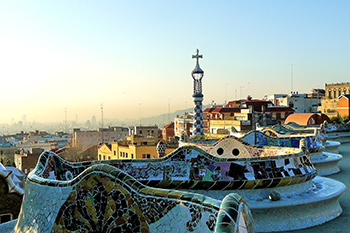 Park Güell needs no introduction; this modernisme masterpiece was built in the early 20th century as a luxury residence area and ended up as the city’s most illustrious park. A quick stroll around the park unveils the uniqueness of Gaudi’s work, the trencadis mosaics, the house where the genius lived and the outstanding views over the Catalan capital. 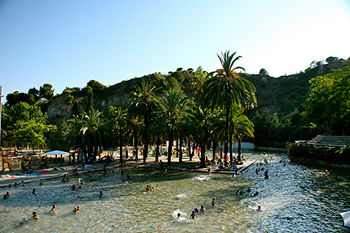 Arguably the most secretive and local of all Barcelona’s viewpoints, its highlight is the public swimming pool surrounded by impressive vegetation and the sculpture “Elogio del Agua”, by the Basque artist Eduardo Chillida. 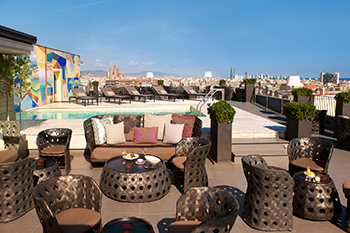 During the summer the rooftop terraces of Barcelona’s hotels become the favorite meeting point for after-work social rituals. Right at the heart Passeig the Gracia, Barcelona’s most exclusive promenade, the Majestic Hotel has been setting the scale of luxury since 1918 and up until today is a place of pilgrimage for a cocktail and a view. Just a few steps away from Gaudí’s Casa Batlló and the Block of Discord, it has a privileged overlook of the Eixample district. 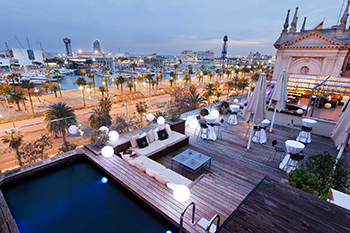 At the edge of the Gothic Quarter, over the Old Harbour and the Barceloneta district, the rooftop terrace of Hotel Duquesa de Cardona offers a unique perspective from above the vibrant port. What once was the industrial core of Barcelona, is today a landmark for Mediterranean yachting and main way to the beach. Passeig de Colom 12. Ciutat Vella.

Have you ever visited any of the previous viewpoints? Which is your favorite? If you don’t see your favorite spot let us know and we’ll be happy to add it in our list!