The catalan capital sets the mood for Christmas with festivals, markets and parades

The mild climate of the Mediterranean doesn’t really make for a white Christmas in Barcelona.

Still the cosmopolitan Catalan capital is plentiful with surprises up its sleeve that turn Barcelona into an ideal Christmas holiday destination.

Read on to find out how you can get the most out of your holidays in Barcelona during Christmas in Barcelona 2020. Here’s a detailed list of the main events and traditions:

The holiday mood is set towards the beginning of December when the Christmas lights are lit up. It´s an event many await with anticipation as it turns the city into a sparkling light show every night. Traditional Christmas markets pop up across the city and one of the most spectacular is the Fira de Santa Lucia. This market is right in front of the Gothic Cathedral in the Old City, taking place as early as 1786. There are many other markets worth a visit like the one at Sagrada Familia or the one in the beautiful El Born neighborhood. All of them are fantastic to feel the spirit of the holidays and fetch original presents and souvenirs.

The funniest and most popular symbols of Christmas in Barcelona are the ‘tío de Nadal’ and particularly the ‘caganer’. This curious figurine brings luck in the house of those who own it and is a very original memory from Barcelona. Typically, it is randomly placed amongst the traditional figures in the Nativity scene. It´s available in various shapes and sizes and always follows the latest political trends. Another big tradition is the setting up of amazing nativity scene representations around the city. The most spectacular are usually on Plaza Sant Jaume. The figures are often human size and the level of detail is really impressive.

What you can expect around a typical table in Catalonia during Christmas in Barcelona? Interestingly… quite some pasta! In spite of its Italian origin, due to the historical Mediterranean trade, some types of pasta are extremely popular in Spain. In Catalonia, a hearty soup made of shell shaped pasta called ´sopa de galets´ and the popular ‘canelones’ =yes, the same dish as in Italy) always make their way to every Christmas meal.

Around this period is also when you can find many sweets and cakes to satisfy your sweet tooth. There is an abundance of Spanish nougat known here as ´turron´ from the region of Alicante, made of honey, egg white, sugar (lots of it!) and almonds. But there are many variations to the traditional ‘turron’ to suit nearly every taste: chocolate, caramel, hazelnuts, truffles, coconut… you name it. Another local Christmas delight is the marzipan, which is eaten alone or used to make a delicious cake.

New Year´s Eve is a big celebration when Spaniards love to gather with friends and family. The highlight of the evening is the countdown to zero complemented by a curious tradition: with a glass of sparkling cava on one hand, each of the 12 bell gongs must be followed by eating 1 grape and making 1 wish. As you can imagine, this can be lot of work to be done in just 12 seconds, so if you will do it, here’s our tip: pick the smaller grapes possible!

Barcelona’s official New Year’s Eve celebration now takes place at the Magic Fountain of Montjuïc, stretching from Plaza de España all the way up to the National Palace. The celebration is free and public, access is granted to everybody. Starting at 11:00PM, the show goes on until just 1:00AM and includes an artistic performance, music and a massive fireworks show. Afterwards, it’s time to continue the party at the local clubs. We’ve got some nightlife tips for you too, make sure to book ahead!

The end of the Christmas Holiday in Barcelona is on 6th of January. One of the most spectacular public events in the holiday season of any Spanish city happens on January 5 and it’s called ‘Cabalgata de Reyes’: the 3 wise men parade. Barcelona’s parade is arguably the most spectacular in the country as the wise men usually arrive on a sailboat to the old port and start the parade of about 6km, over 1000 performers and 1 to 2 million candies. The wise men ride through the streets, as their page boys throw candies to children and upon their return home kids see what presents they left them. Adults look forward to this day too as it marks the start of the sales season when they can get what the kings forgot to bring. 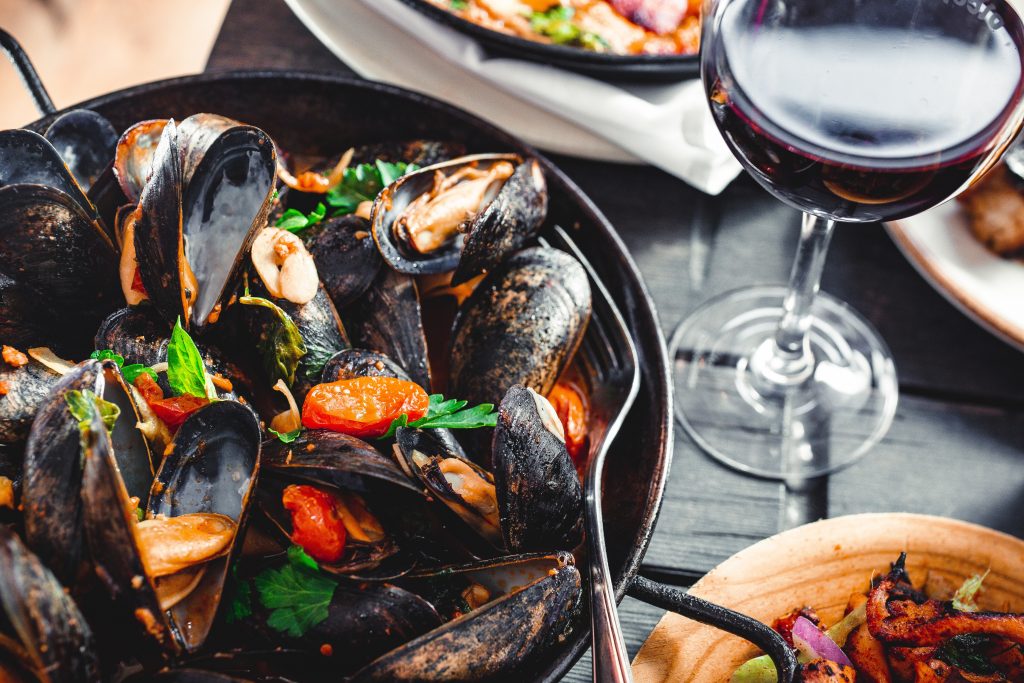