Why a Barcelona sidecar tour?

A Barcelona sidecar tour is the best way to tour Barcelona because it’s private, personable and starts right from the doorstep of your hotel in the city. The sidecar is driven by your private guide and offers the perfect opportunity to fully experience and interact with Barcelona. It’s an unforgettable experience that will for sure become a highlight of your vacation in Spain.

The ride is smooth, safe and unforgettable. Ride with the wind and embrace Barcelona. These charming three wheeled beauties are perfect to zip thru the charming alleys of the old historical districts, get up-close with the majestic landmarks and cruise by the artisan bakeries so close you can smell it…

SIDECAR TOURS:
HOW DOES IT WORK? 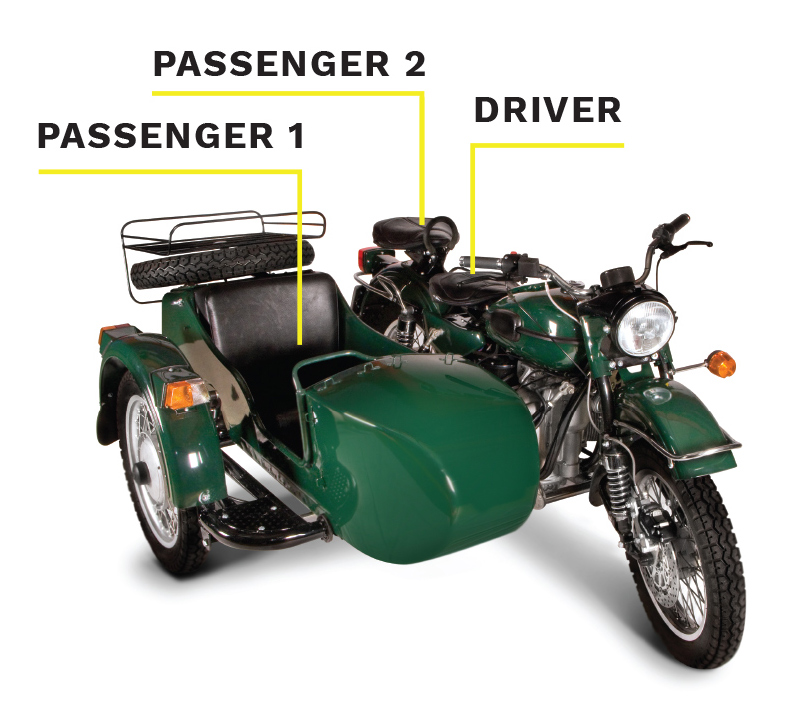 Our sidecar tours are fun, safe and suited for travellers of all ages, with plenty of walking stops along the way. With room for two passengers and the private guide, the tours are personal and tailored to meet each traveller’s personal preferences. All helmets have built-in communication systems: while cruising thru the city you will enjoy a continuous dialogue with your guide.

Our URAL motorcycles are brand new and comply with all the enforcing regulation on security and environment. All approved by the WMTC for minimal carbon emission, they’re not just green on the outside. They are well kept, clean and subjected to regular strict maintenance.

URAL, a bit of history

In 1939, as the Nazis were invading Europe. The Russian Army decided it needed a go-everywhere vehicle to combat encroaching German forces. As the story goes, the Russians smuggled five German BMW R71 motorcycles from Sweden (neutral in the WWII) to Russia and began the arduous task of bolt-for-bolt disassembly and duplication. Two years later, the first prototypes were shown to Stalin and with his approval, production began immediately. Through the end of World War II, nearly 10,000 URAL motorcycles joined the fight on the frontlines.

Since those early days, more than 3 million URAL motorcycles have passed through the doors of the Irbit factory, right at the footstep of Ural Mountains of Siberia.