Which are the top Festivals in Barcelona?

Discover the best festivals and events in Barcelona

Throughout the year, Barcelona hosts a ton of festivals in every neighborhood. Here’s a list of the top festivals in Barcelona you don’t want to miss! 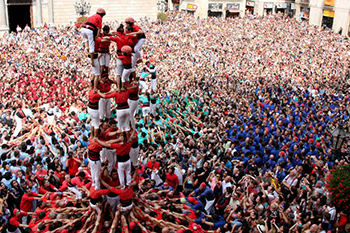 The best festivals in Barcelona is celebrated in the honor of the patron saint of the city, Our Lady of Mercy. Crowds of giant figures, Catalan human tower contests, flea markets, and for the brave: correfocs, people dressed in Devil disguises, running with fireworks attached to their costumes. There’s plenty of live music and entertainment all around town. Around September 24th.
www.merce.bcn.cat 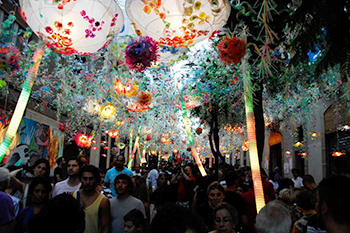 This quiet traditional quarter of Barcelona hits the ceiling for a whole week in August. Fabulous street decorations take over the district, and turn it into a fantasy world. The locals and visitors join in the most unique of Barcelona festivals and ramble the streets of Gracia soaking in the live music, the traditions, the street food and the amazing decors. Around August, 15th.
www.festamajordegracia.com 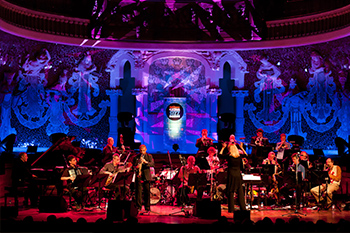 Fall means it’s time for Jazz in Barcelona! Many venues in the old town bring in one of the best musical events of our city. The jazz Barcelona festival welcomes international jazz figures and top local artists. Old Town. Mid Oct-Nov.
www.theproject.es/en/festivals 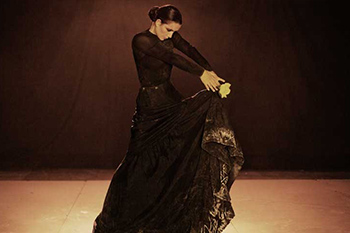 A unique opportunity to experience the real duende in town. Many venues of the city are turned into temporary tablaos where flamenco’s big names and rising stars take the audiences on a trip to the roots of Spanish culture. Dec – Jun.
www.theproject.es/en/festivals 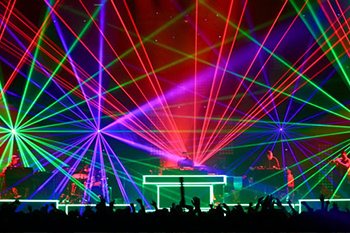 For three consecutive days Barcelona becomes the world’s capital of electronic and advanced Music. Concerts, DJ sessions, workshops, installations, expert meetings and many other activities are held in many locations around the city (keep an eye on the Off Sonar action too).Let the party start and dance night & day. Sants Montjuic. June.
www.sonar.es 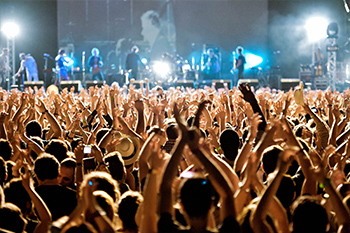 It’s the kick-off for the hip Barcelona festivals season. It takes place at the Fòrum and Parc de la Ciutadella areas, where the hordes of hipsters and indie music lovers consummate their annual party pilgrimage to Barcelona.  Countless hours of good music and good vibes. Sant Martí & Ciutat Vella. May.
www.primaverasound.com 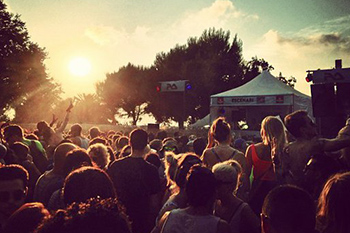 During the summer, every Sunday afternoon Montjuïc turns into a daylight open air techno club. Whether to jointhe dancing crowds or have a funky brunch by the beats of the groovy DJ’s, the top of the hill is the place to be. Jardins Joan Brossa s/n. Parc de Montjuïc. Sants-Montjuic. Sun. From June to September.
https://barcelona.brunch-in.com/park/ 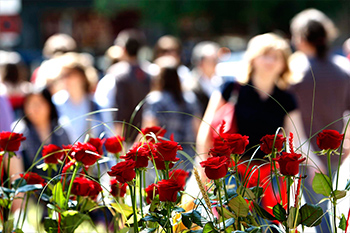 More than a simple festivity, Sant Jordi’s day takes up a special place in Catalan’s hearts, who celebrate their cultural, national and lover’s day all together. Tradition says men give a red rose to their women, who in return offer a book. For a day, Barcelona blooms with books stalls and roses, in honor of Catalonia’s saint patron. April 23th. 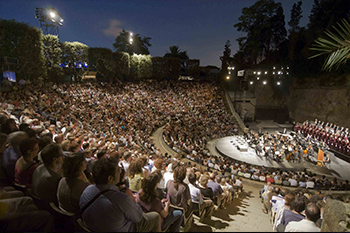 Organized by the Town Hall, Barcelona’s summer festival offers a large number of shows during July’s evenings. Dance, theatre plays and concerts are held in the open-air Greek amphitheater and other classic venues. Sants-Montjuic. July.
www.grec.bcn.cat 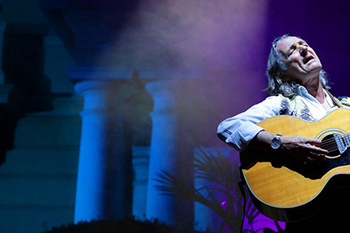 What has been a Spanish Royal Family Palace, nowadays hosts a chic, elegant and eclectic music festival. This is also a great opportunity to unveil a few less-known Gaudí gems, in and about the upscale Pedralbes quarter. Sarrià-Sant Gervasi.  Jun-July.
www.festivalpedralbes.com 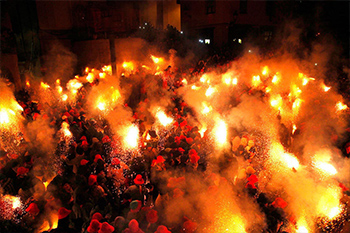 The small city of Berga is invaded by all sorts of creatures during Corpus Christi festivity. Rooted in Pre-Christian summer solstice celebrations, this is much more than a religious ceremony: dwarfs, eagles, giants, and demons dance on the main square, surrounded by fireworks and people flocks. Berga. May-June.
www.lapatum.cat


Want to know more about the Festivals in Barcelona? Book a fun and private sidecar tour to have a local´s recommendations.

Things to Do in Barcelona in Winter