A virtual tour of the art movement that redefines urban life

Barcelona is one of the most vibrant cities in the world, with history and models of modernity. All forms of art seem to find here the fertile soil of expression they need. In recent years, the street art in Barcelona experienced a remarkable boost as an art movement.

The beginning of this progressive experimentation was firmly embraced in the Catalan capital. A trend that followed the end of the Franco´s dictatorship in the late 70s. Today, artists from all over the world find in Barcelona the perfect creative place. Here they can express their creativity openly, without any social restrictions. That is why Barcelona became one of the most relevant European capitals in the art world.

Recently Barcelona was acknowledged as a top graffiti destination worldwide. Painters from all over the world tag the streets with political messages. Contemporary ideas and create synergies with the people on social issues. Over the last years, a few street art festivals such as ‘The Influencers’ and ‘OpenWall Conference’ claimed some legal walls around the city. In the meantime, spontaneous street art is essentially reduced to stencil art and pastel art.

One of the most popular street art neighborhoods in Barcelona is Raval. A centric neighborhood well known for its nightlife and multiculturalism. Undoubtably the most emblematical painting is Keith Haring’s mural. Painted in 1989 on a neglected building, this mural was transferred to a new support preserving the original paint. The restoration was made possible thanks to MACBA (the Contemporary Art Museum of Barcelona). Finally the painting was put on a new wall in 2014, on the 25th anniversary of the creation of the original mural. Painted in red, the color of blood, this mural contains all his iconography. Children, life, sex, death and his fight against AIDS.

To the northern side of Barcelona stretches Poblenou neighborhood. Once an industrial district has begun a steady transformation. From an area full of old, disused factories to one of modern apartment blocks. Moreover business headquarters were established there, big hotels, artist workshops and trendy stores. Poblenou was the main industrial district of Barcelona until the late 70s.

Today it is constantly changing, with its personality outlined by impressive smokestacks that are scattered throughout the area. There you can find underground music venues to avant-garde artist studios and independent book stores. Poblenou has fast become the hottest art neighborhood in Barcelona. With its Brooklyn charm, this post-industrial area of former factories and red brick buildings is the perfect canvas for the street art scene.

One of the best places to get a glimpse of Poblenou’s thriving street art scene is on the Carrer de la Selva de Mar. Here we can explore the major concentration of street art pieces in Barcelona. 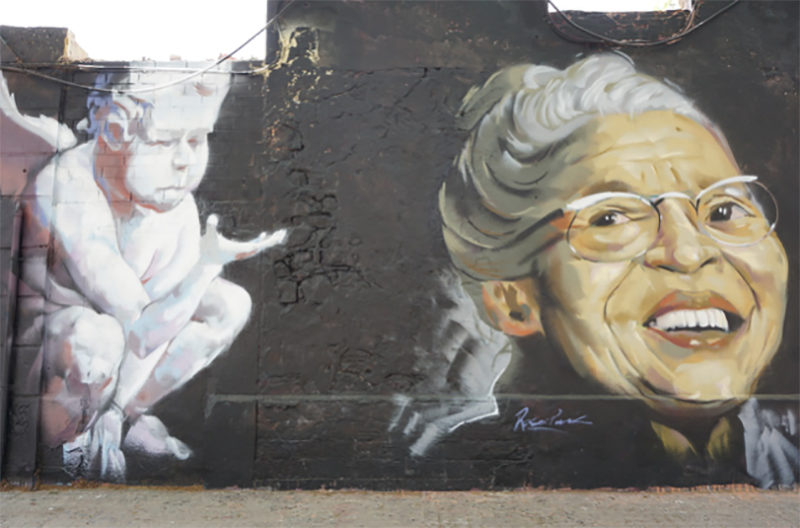 Remember street art nature is to be an ephemeral mirror of a changing society. In most cases these pieces are covered after a few days, to give life to another graffiti project.

Barcelona is without a doubt an artistic paradise – in every corner or alley artist have injected new life to the city. Around the streets of this Mediterranean city there is plenty of autonomous, non-commissioned street art to be seen as well. Don´t hesitate to wonder around Barcelona´s neighborhoods for some graffiti photo hunting. Or take a private tour and discover with your guide the hidden spots of Street Art in Barcelona. Who knows, maybe you are going to discover the next piece of art that will unveil your interior BrightSide.